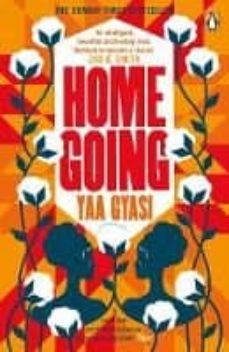 Selected for Granta's Best of Young American Novelists 2017 Winner of the National Book Critics Circle Award for Best First Book Shortlisted for the PEN/Robert W. Bingham Prize for Debut Fiction Shortlisted for the Beautiful Book Award 2017 Effia and Esi: two sisters with two very different destinies. One sold into slavery; one a slave trader's wife. The consequences of their fate reverberate through the generations that follow. Taking us from the Gold Coast of Africa to the cotton-picking plantations of Mississippi; from the missionary schools of Ghana to the dive bars of Harlem, spanning three continents and seven generations, Yaa Gyasi has written a miraculous novel - the intimate, gripping story of a brilliantly vivid cast of characters and through their lives the very story of America itself. Epic in its canvas and intimate in its portraits, Homegoing is a searing and profound debut from a masterly new writer.

Over the course of one afternoon, she establishes contact with her half-brother (who doesn't know she exists) and confronts her estranged father (who has avoided the fact that she exists). In under 10 mins, Homegoing, examines the risks we all must take to truly discover what (& who) we are made of.

Homegoing begins in fire, as a house slave sets herself free by burning her master's African village to the ground, and ends in the ocean, as two of her two descendants - from two completely different lineages - find, finally, perhaps, a sort of reconciliation.